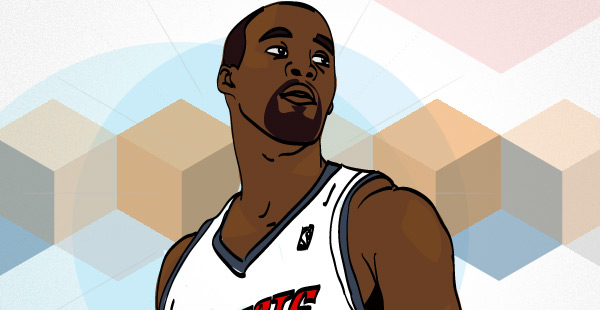 Editor’s Note: What you are about to read is a grotesque lesson in abject NBA failure. It is not suitable for children under the age of 12, readers who are pregnant or for those weak of heart. If, by coincidence, any reader is to one day become involved with running a professional sports franchise, it is our hope that he or she would refer back to this epic tragedy in the hopes of avoiding the (seemingly obvious) pitfalls of this moribound organization. Finally, if this column is to ever appear in printed form, it is highly suggested that the publishers bundle it with a barf bag.

The Charlotte Bobcats will participate in their tenth NBA Draft on June 27th, 2013. In their previous nine drafts, the team has selected in the first round a total of twelve times, producing exactly zero All-Star appearances which have in turn produced a total of zero Playoff victories for the franchise. Think about that. The Bobcats organization has drafted in the first round a dozen times, ten of which were Lottery selections, and have produced not a single player who has sniffed an All-Star game. Once more: Ten Lottery Selections, Zero All-Star appearances. Needless to say, it takes a special sort of ineptitude to accomplish such a feat. So, without further ado, let’s have a look at how they did it:

In one of the few sound (and by sound, I mean not horrendous) decisions Bob Johnson ever made as owner of the team, longtime coach and personnel director Bernie Bickerstaff was hired to shape the newborn franchise in the combined role of general manager/coach during the franchise’s infancy. Bernie actually got the team off to a decent drafting start but, as we will learn, the success didn’t last for very long… 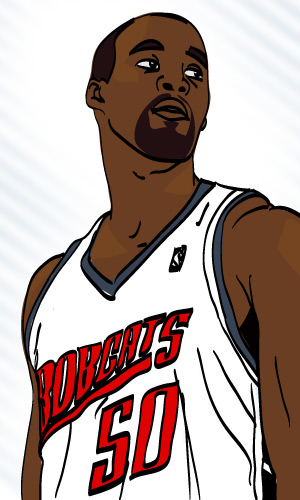 How It Played Out: Bickerstaff used his connections with the Clippers organization to swing a nice pre-Draft deal, moving the 4th overall selection (Shaun Livingston) and two future second rounders to L.A. for the 2nd overall pick (Okafor) plus Eddie House and Melvin Ely. The Clips were on a failed mission to sign Kobe Bryant and needed to clear cap space pronto. Bernie jumped at the opportunity to make Okafor the face of the league’s newest franchise.

Amazing as it sounds, Emeka probably ranks as the Bobcats most successful Draft choice to date despite little development beyond his Rookie of the Year season. A combination of management overpaying him for no apparant reason (bidding against themselves) in conjunction with the hiring of yoga-hater Larry Brown derailed what could have a been a long career in Charlotte. Okafor is no superstar but as a kind of poor-man’s David Robinson/rich-man’s Udonis Haslem, Emeka could have anchored the team’s interior defense for a decade or more. Intelligent and photogenic, Okafor was also the perfect PR representitive for a team trying desperately to connect with a reticent fanbase.

As the Cats’ inaugural second round choice, Robinson contributed few meaningful minutes and was out of league after just three seasons.

How It Should Have Played Out: The Okafor selection aside, the Cats missed out on a major opportunity to land another Lottery pick via a capped stretched Phoenix team who were shopping the Draft’s 7th overall pick for the very reasonable price of a protected future first rounder. The Suns ended up making a deal with Chicago for what ended up being the 21st pick in the ’05 Draft. The Bulls selected Duke freshman Luol Deng seventh; two picks later Arizona sophmore Andre Iguodala went to the Sixers. Given the team’s needs and talent available, it’s unknown why Charlotte wasn’t more aggressive with an offer; perhaps Bickerstaff felt the franchise’s top expansion draftee, Gerald Wallace, would develop into the long term starter.

While most point to the 2006 Draft as THE PIVOTAL MOMENT that set the franchise back half a decade, I would argue that it was the 2005 Draft that had the greater impact. 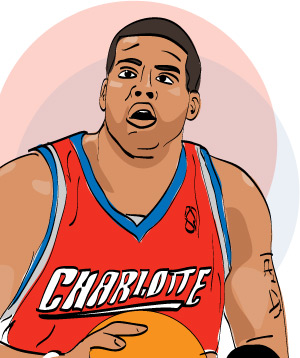 How It Played Out: The seeds of destruction were planted that May, as the league’s Lottery system punished Bickerstaff for keeping the Bobcats competitive in their inaugaral season, pushing their 2nd worst overall record back to pick number five. There was a bit of good news however: as a result of an expansion draft day trade with the Suns, the Bobcats had acquired Cleveland’s 13th overall selection via Phoenix, giving the Bobcats two lottery picks in the same draft – more than enough ammunition to move up and grab one of college basketball’s elite Point Guards (Deron Williams, Chris Paul) should a deal become available. One did. And Bickerstaff turned it down.

You all know the story: Having been rejected by Charlotte, Portland instead traded the third overall selection to Utah for the 6th and 27th picks. The Jazz took Williams at three, New Orleans selected Chris Paul at four, while the Bobcats (in desperate need of a franchise PG) reached for Raymond Felton at number five.

At the time, Bickerstaff believed that the team was in need of quantity over quality. This made as little sense then as it does now. The NBA isn’t the NFL, there is no 53 man roster to fill out. Only five players can play at once. Regular season rotations max out at 10 and shrink even further during the postseason. It was a hugely obvious and irrepreable mistake.
Eight seasons later, Paul is the greatest PG on the planet, Williams is a sometimes-superstar and Felton is a solid player who the Knicks were able to sign off the street for a partial mid-level contract. To make matters worse, the “quantity” number 13 pick Bickerstaff was so excited about ended up being more “quantity” than his knees could ever handle.

Sean May had played his way into the Lottery with a big-time Final Four performance that landed he and teammate Felton a NCAA Championship (that’s three first round picks, three NCAA champions, Zero All-Star appearances if you’re counting), but the work ethic and health concerns that dinged May’s rep pre-Tourney showed up almost immediately into his pro career. Despite some solid performances in orange & blue (including two monster games against Cleveland and Orlando on national television), May ate his way out of the league in just a few seasons.

How It Should Have Played Out: One can only imagine the impact drafting Paul (a local guy with family in the Charlotte area) would have had on the team’s success and reputation, on Okafor and Wallace’s development and on the development of the fanbase. Even if CP3 would have forced his way out as he did in New Orleans two summers ago, the Cats would have likely received major assets in return — unlike the bounty they received for May and Felton, which was absolutely nothing. Future NBA GMs of America take note: Quality ALWAYS wins out over Quantity. 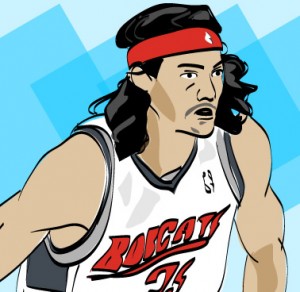 How It Played Out: Let’s put it this way, the team’s 2nd round pick in ’06 (Ryan Hollins, 50th overall) is still in the league three years after their 1st round pick (Adam Morrison, 3rd overall) hopped a one-way train to Eastern Europe. In fairness to Bickerstaff, the Ammo selection was likley influenced by Michael Jordan, who had only weeks prior to the Draft purchased a significant portion of the team from Johnson. MJ’s “great white hope” certainly didn’t start out as a bust. I was there opening night when Morrison nailed his first NBA shot, a near half court buzzer beater that sent the crowd into a frenzy. Morrison spent the next 81 games doing basically what everyone thought he’d do coming out of Gonzaga: score in bunches and play terrible defense. Overall, it was an up and down season in which Ammo would typically go for 20 points one night, followed by a 2 point, 1-10 night the next. His brightest moment came in a late December game against Indy in which the rook dropped thirty on 9-17 shooting, earning an impressive ten points from the line.

Cut to Los Angeles, ten months later: Morrison blows out his ACL guarding Luke Walton in a pre-season game, effectively ending his NBA career. The following season Charlotte would ship Ammo (along with Shannon Brown) to the Lakers for Vladimir “Radman” Radmanovic, leaving Morrison to ride out his rookie deal on L.A.’s high-profile pine. (SIDE NOTE: Being that Hollywood is the land of happy endings, Phil, Kobe and Pau made sure to slip a couple of Championship rings into Morrison’s Euro-bound suitcase as a parting gift.)

How It Should Have Played Out: The pick was a disaster for two reasons: 1.) The other players the Bobcats seriously considered drafting were Brandon Roy and Rudy Gay. 2.) The team already had a young SF prospect in Gerald Wallace.

This second point is key: Just 12 months earlier, Bickerstaff was preaching quantity over quality yet by selecting Morrison, Bernie doubled up on a position of strength. Had Bickerstaff stuck (or been allowed to stick) to his philosophy, the Cats could have simply selected Roy and slid him next to Felton, Crash and Okafor to form a nice young core. Four amazing seasons with a healthy Roy (which included a Rookie of the Year campaign and three All-Star selections) could have ignited the dormant local fanbase and put the team on the national NBA map. Instead, Morrison cemented the laughing stock status of both the Bobcats as a franchise and MJ as an Exec. Place the blame on Bernie or his Air-ness, either way this Draft was a fail of epic proportions.

NEXT UP IN PART TWO: ROD HIGGINS TRIES TO OUT-SUCK THE BICKERSTAFF ERA… AND SUCCEEDS!