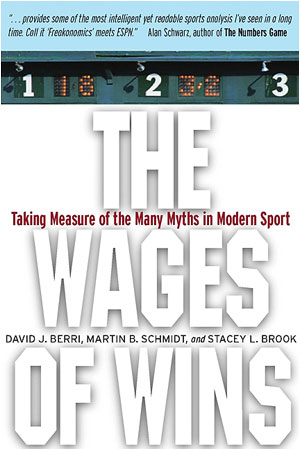 David Berri over at The Wages of Wins Journal has weighed in on the Bobcats playoff odds for next season.   The results?  Surprisingly positive.

Berri is also one of the few stat-geeks who thinks that the Bobcats won out in the Emeka Okafor/Tyson Chandler swap.