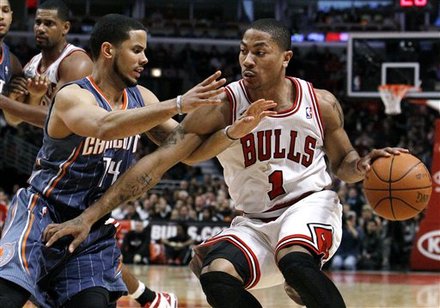 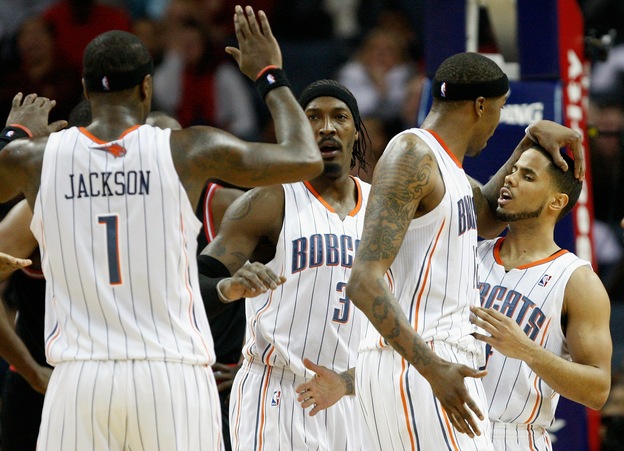 The Charlotte Bobcats wrapped up their regular season by losing to the Bulls 98-89 on Wednesday night at the Cable Box.  Derrick Rose led all scorers with 27 points.

Pretty simple analysis for this one, folks.  This game was completely meaningless for the Bobcats, but the Bulls desperately needed the win to secure the 8th playoff spot in the Eastern Conference.  The Bulls entered the night a game up on Toronto; had they lost and the Raptors won (which they did), the Raptors held the tiebreaker and would have snuck into the 8th spot.

Larry Brown paid some lip service to “playing the right way” and upholding the integrity of the league by not sitting any of his starters; however, it should be noted that they played limited minutes (no starter over 24 minutes) and never really came close to matching the Bulls intensity.

The Charlotte Bobcats won their third straight by defeating the Chicago Bulls 113-108 on Tuesday night at the Cable Box.  AP recap here, box score here.  The Bobcats led by as much as 13 in the second quarter and 11 late in the third, but Derrick Rose almost singlehandedly brought the Bulls back.  The last of his 5 fourth-quarter buckets tied the game at 105 with two minutes left, but the Bobcats went 8-8 from the line from there to seal the deal.

Overall, the Cats continued to take better care of the ball, committing only 13 turnovers.