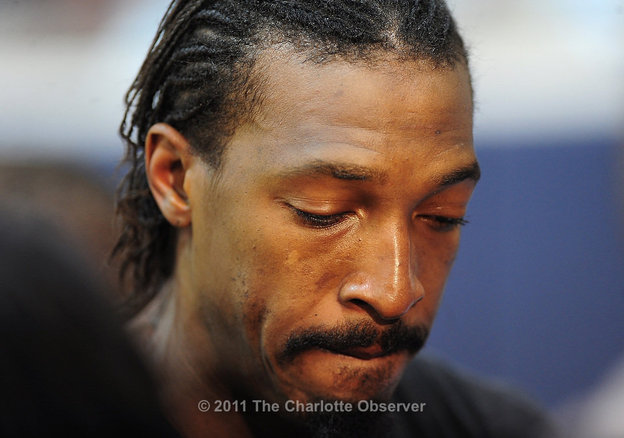 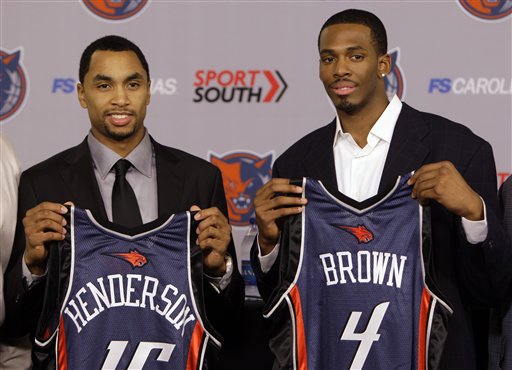 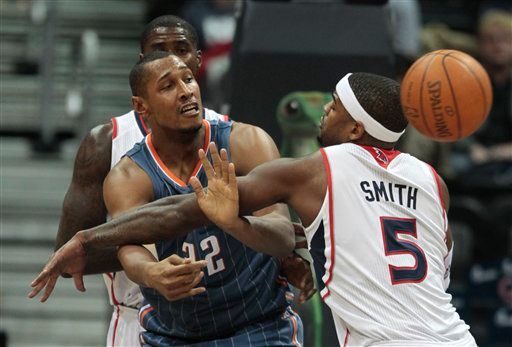 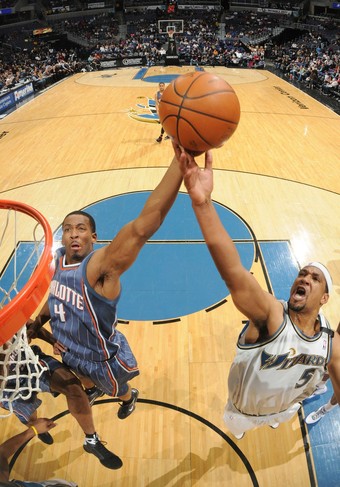 One of the most frustrating things about Coach Larry Brown’s decisions lately is his substitutions. It seems two young players are competing for the same minutes: Dominic McGuire and Derrick Brown. Arguments can be made for either side, but before I tell you who I prefer (though if you follow me on Twitter, you probably already know), we’ll look at each player’s weaknesses and then their strong points. Let’s begin.

Dominic McGuire – He can’t score. That’s not the worst thing ever except that it seems he doesn’t know it. He doesn’t meet many shots he doesn’t like, which is troublesome considering he somehow hasn’t learned he has no jumpshot. As many have noted, his shot looks pretty — going up — but rarely does it land. In fact, according to HoopData.com, McGuire hasn’t made a single shot from outside of 10 feet from the rim, despite taking 44% of his shots from beyond 10 feet. If someone could just drill it into his noggin that he should avoid jump shots unless the shot clock is winding down, he could be much more efficient and this argument wouldn’t be so necessary. Dominic’s scoring offense should just be limited to easy looks in the paint, layups, etc, ie. high percentage short shots.

Derrick Brown – Underdeveloped, marginal jump shot. I was going to put “mistake-prone” instead of “underdeveloped,” but then I thought better. If you give this kid some more time throughout the season, expect his errors to fall. What types of errors? The silly ones, like rebounding with only one hand instead of two, etc. Larry Brown is supposed to be all about teaching, right? Experiencing something in the field can be the best teaching. That’s why people do internships, right? To dip their toes in the water? Let the kid dip his toes in the pool so he can get more and more acclimated to the NBA game. It’s called developing a young talent. Maybe Larry could try that sometime with the young’uns? Well, let’s move on. Ah yes, Derrick’s jump shot. It’s not bad or anything. He just doesn’t take many mid-range shots. And yet, he take more three point shots than mid-range shots. Why is this? Well, I think when Derrick is left open at the arc, he’ll take the open three, but when he’s left alone inside that line, he’ll drive to the hoop. But we’ll get to that stuff a little later.

Dominic McGuire – Rebounding. McGuire is one of those bench players that brings energy on every play. On offense, this energy results in being trigger-happy, but one area that his energy does help is in rebounding. Rebounding is not a glamorous factor of the game. There aren’t AND 1 mixtapes of big guys with colorful nicknames cleaning the glass. Energy and tenacity can go a long way to grabbing boards and getting your team extra possessions – just look at Gerald Wallace. However, the benefits of these extra possessions are nullified when McGuire turns the ball over through his poor shooting.

Derrick Brown – Getting to the rim and upside. As I was saying earlier, Derrick Brown enjoys taking the ball straight to the hoop. I get the feeling he takes pride in dunking on grown men. He gets to the cup and and gets there with fervor. And while Derrick Brown might be OK at other parts of his game, I can see him developing and become a starter on a good team at some point in his career.

This isn’t to say that these are these guys’ only strengths. They may just need to be developed.

While McGuire may be a marginally better rebounder, Brown does nearly everything else better or at the same level. And where he doesn’t excel, he can improve through learning by playing more minutes. While the two players we’ve discussed are similar in talent level right now, Brown has great upside, whereas McGuire may be near his ceiling.

The Effect of Benching Brown: Not playing Derrick Brown could cause problems in the future development of Brown for the Bobcats. Obviously benching Brown hurts Brown’s future by refusing to let him develop his game against NBA players. It shows that Larry has a lack of confidence in Derrick Brown. In fact, against the Celtics, the following players got put in the game before Brown: Gerald Wallace, Stephen Jackson, Boris Diaw, D.J. Augustin, Nazr Mohammed, Kwame Brown, Shaun Livingston, Dominic McGuire, Matt Carroll, and EDUARDO NAJERA. How you can get a good vibe from your coach when he puts in Mexican Don Draper before you?

What do you think, dear readers? 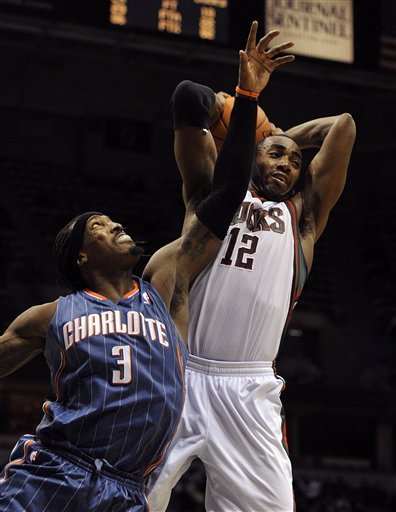