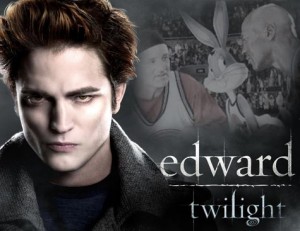 This has been the best season – by far – to be a Charlotte Bobcats fan.  It is April 3rd, and the Cats find themselves only a game and a half back of Chicago for the 8th playoff seed in the Eastern Conference.  Their 34 wins are a franchise high and even if they don’t make the playoffs this season, Larry Brown has made a tremendous impact on the team’s culture and its players.  He’s taught them how to win.

Many fans believe that if the current roster had been together from the beginning of training camp the discussion would be as to which seed the Cats would be vying for, not if they’d make the playoffs at all.  That’s probably true and (barring a rash of injuries) the ’09-’10 Charlotte Bobcats as currently configured probably win 45 games and make the playoffs as a 6th seed – taking a team such as the Orlando Magic to 6 or 7 games and then heading home come early May.

But if the Bobcats want to be more than just ordinary playoff fodder, there is a practical and logical Answer.

Allen Iverson says that he’d rather retire than come off of the bench in Detroit.  No need to hang it up just yet AI, just head South and start for the ’09-’10 Bobcats.

Think about it.  AI is a perfect fit for Charlotte:

Add to this the fact the Allen will probably come cheap.  He’s an unrestricted FA after the season ends and many experts (including ESPN.com’s John Hollinger) have suggested that he’ll be lucky to get more than the full mid-level exception from his next team.  That’s great for the Bobcats because they can open that mid-level up by not resigning Raymond Felton (a move that in itself would excite a lot of savvy fans).  Yes, Iverson is 9 years older than Felton but c’mon – would you rather have Gana Diop over the next two seasons or Shaq at the same price?  The Bobcats aren’t “building for the future” anymore.  They can’t afford to.  Jordan, Higgins, and Bob Johnson understand that if this team doesn’t start winning big and attracting more fans that their collective futures will not be pretty.  Iverson coming to Charlotte puts them in a better position to win now and to attract casual basketball fans to boot.

With this lineup you have Boris run the show similar to how Anthony Mason ran the offense from the “point forward” position under Don Nelson and Dave Cowans/Paul Silas.  Iverson takes all of the shots that Raymond currently shoots but actually makes them and gets respect (thus calls) from the officials while doing so.  DJ comes off of the bench as the “true PG.”  The team drafts a “big” two guard or PG in the late-lottery mid-first round who can be groomed to replace AI/Bell.

If the Bobcats can pull off this move – by convincing AI to come to Charlotte and reunite with Coach Brown on an up and coming team – there is no doubt that the team wins 50+ games next season and challenges for a top 4 seed (and home court) in the East.

The Bobcats signed veteran PF Juwan Howard today, adding some experienced front court depth.  The team hopes that with proper minutes Howard can rebound from his recent struggles and put up numbers closer to 22.1 ppg/8rpg/4.4apg from the ’95-’96 season.

To make room for Howard, the ‘Cats waived Dwayne “Wait, I came all the way from Turkey for this?” Jones.

The Bobcats still have a big hole in their roster – Power Forward.

Who could fill that void, if Emeka Okafor returns for the 2008-09 season?

Two years ago, the Bobcats were able to show America the stellar talent within this guy’s chubby frame. Since, he’s been on the shelf with busted knees and has slimmed down. . . slightly. Can he give the ‘Cats what they need offensively and defensively? His ability to guard guys on the perimeter is a question.
END_OF_DOCUMENT_TOKEN_TO_BE_REPLACED