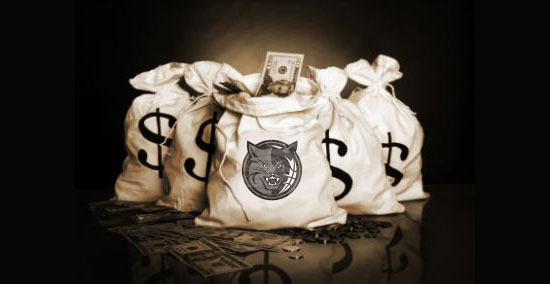 The team’s financial decisions – both large and small – have been put on hold. Sources inside and outside the franchise anticipate the ownership question being resolved in the next two weeks.

The “question” being whether former Houston Rockets president George Postolos and his group of investors can stir up the dough to give Bobcat Johnson his just compensation.

Rick Bonnell delivered a new post on his (CharlotteObserver.com) blog about Bob Johnson possibly pulling the organization off the market.  Is he really going to hold onto this team?  Has Europe changed him?  Perhaps, Bonnell is only being fed a story to assist in his negotiations.  Then again, that’s assuming a lot about Johnson’s negotiating abilities.

There’s word that the sale of the Charlotte Bobcats will be a continuing process over the next few months, into next season.  News 14 posted this article on the status of the sale.