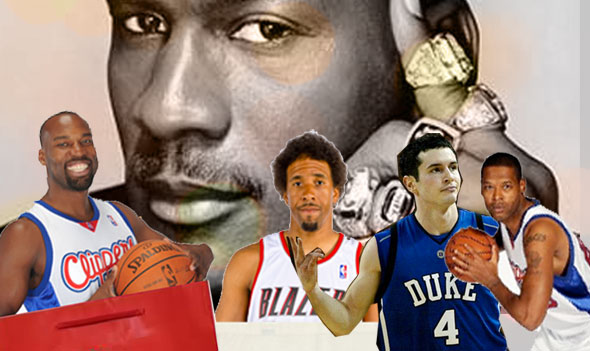 We’ve all been there…

The week before xmas rolls around and there are only three gifts under the tree. One is obviously a book; the second is for your sister labeled something stupid like “From: Rudolph”; and the other appears to be a Nintendo game but after you take peek and discover that it’s a nail grooming kit from your Aunt Linda, you begin to worry…

“Am I getting the shaft this year?”

Your anxiety builds up until December 24th, but then, magically, throughout Christmas Eve day, the presents slowly appear. The gifts vary in size…like the gifter had no guidance whatsoever. The tallest one is covered in large trash bags held together by duct tape, the smaller ones are blatantly wrapped at a retail “wrapping station”.

Your mind begins to race…

How did this happen? Santa doesn’t come until xmas morning…who deserves the credit for such a bountiful onslaught of holiday cheer?

Only your Dad puts off shopping until the very last day. Your Dad is the one who goes  to  Toys ‘R’ Us and “throws money” at anything left on the shelves. The result is a bunch of random-but-awesome shit that you didn’t even ask for…a hockey stick, a leather jacket, two catcher’s mitts…maybe a silk shirt.

My premise is this…Michael Jordan is the dad who shops on xmas eve.

Bobcats fans are in for a real treat when they wake up to a whole room of new players. He already blew the “big one” by giving us our new coach early, so…

What will Michael Jordan be getting us for xmas?

This has been widely rumored, and covered earlier by Mike here at Bobcats Baseline:

Don’t forget “out of shape” and “uninspired” when blessing B-Dizzle with adjectives. But hey, could a reunion with Paul Silas and a faster pace of play be the tune-up that Baron needs?  And if the Clippers would take Diop and Carroll’s contracts, Baron’s deal wouldn’t be that hard to swallow.  Can’t say we wouldn’t be intrigued to see this gift under the tree.

Donald Sterling’s second favorite Clipper is also reportedly being aggressively pushed onto the trading block.  Kaman has been a decent traditional center for a couple years now, and actually made the All-Star game for the first time last season while averaging 18 ppg.

But that All-Star selection probably says more about the dearth of solid traditional centers in the West; and besides, it’s looking like it will be a one-time thing for Kaman anyways.  He’s only played 10 games this year due to an ankle injury and is averaging just 10 ppg/7 rpg. If Kaman is stuffed in our stocking with a packet of Fun Dip, we’d toss him aside while we assess what else we haven’t unwrapped.

Brandon Roy and Andre Miller have had a tenuous relationship in Portland’s backcourt. 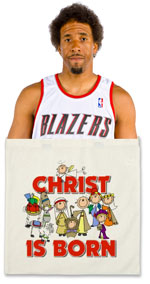 Despite the fact that his long-term viability as the cornerstone of the franchise has been called into question due to his bad knees, Roy reportedly stressed the poor fit between he and Miller to the Trailblazers front office recently.

The Trailblazers have long been enamored with Gerald Wallace.  Connect the dots and you get the Andre Miller for Gerald Wallace rumor.  Miller is 34, but has a reasonable contract and has been amazingly durable and consistently productive for years.  He’d be an upgrade over DJ at the point, but how much of an upgrade?  Getting Miller would be kind of like finding a refurbished iPad under the tree.

To sweeten the pot, the Blazers could include Marcus Camby.  The big man was brought into Portland last year to fortify their Oden-less frontline as they eyed a deep playoff run.  That didn’t work out, and it doesn’t

look like it’s in the cards this year either — so Portland is apparently open to retooling.

Camby is 36, but still has a little left.  He’s an athletic big who has essentially become a rebounding and defensive specialist.  If Charlotte commits to running a more uptempo offense, Camby would be a better fit than Nazr Mohammed. If your brother got Gerald Wallace for xmas, and you got Andre and Marcus, would you trade gifts?

Brian Schmitz of the Orlando Sentinel points out that the net result of the Magic’s two trades was going small for big.  The Magic are now overloaded in the backcourt, with Gilbert Arenas and Jason Richardson pushing Chris Duhon, Jason Williams, Quentin Richardson and JJ Redick for playing time.  Meanwhile, sending Marcin Gortat to the Suns leaves Dwight Howard with no true backup.  The Magic currently go small with Brandon Bass or Ryan Anderson when Howard needs a rest or, god forbid, gets in foul trouble.

That proposition is a bit scary when you’re looking at potentially facing the Boston Celtics in the playoffs.  Could the Magic turn one of their many smalls into a big?  Maybe if they’re willing to part with JJ Redick and take Nazr Mohammed or Gana Diop? 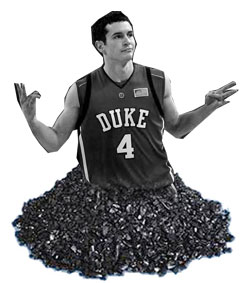 From a basketball standpoint, Redick really duplicates Matt Carroll’s skill set.  That pesky issue aside, it would be hilarious to see Redick on the Bobcats.  In case you weren’t aware, Bobcats (Tarheel) fans have made booing JJ Redick one of the Cable Box’s best traditions.  At this point, the level of derision is so out of proportion to anything that Redick has ever done to affront Bobcat/Tarheel fans that it’s clearly taken on a life of its own.  It would be pretty cool to see Redick turn those boos into delirious cheers by nailing three after three in an uptempo offense. Still, for Tarcats (or Bobheels) Redick would be like getting a big pile of coal in your stocking.

So get to bed early (via Ambien and eggnog), Vitamin Water your tree, and leave out his favorite drink because Michael Jordan coming tonight. 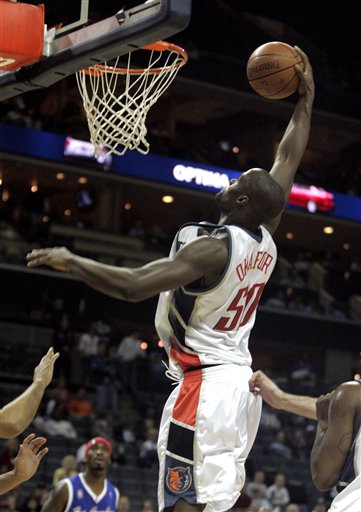