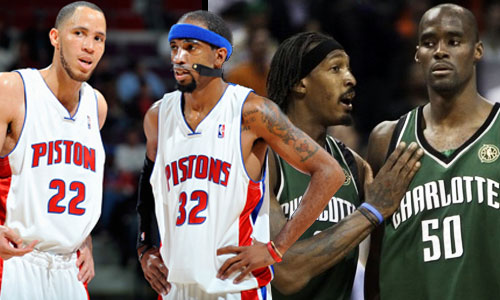 Some fans over at DetroitBadBoys.com posted some comments earlier today theorizing a potential Rip Hamilton for Emeka Okafor swap.  Then came a second hypothetical scenario in which the Pistons and Bobcats would also swap Tayshaun Prince and Gerald Wallace in the same deal with the Bobcats getting a little something back in compensation such as a prospect or a future Piston 1st Rounder.

At first, this deal sounds ludicrous.
You’d be dealing a 26 year old Top 10-15 center and a 27 year old face-of-the-franchise forward for a 31 year old shooting guard who’s owed over $48 million over the next four seasons and a wispy 4th option small forward whose biggest impact in the League came almost a half decade ago.

But then I started to think about it…

Why trade Okafor for Rip?

Ok, so that kind of makes sense but Wallace for Tayshaun!!!???

Yeah I know, Gerald is the face of the franchise and it would really suck to lose two of our home-grown guys for players whose prime may or may not be behind them.

But what if JoD sweetened the pot with this:

Could it be anymore perfect?

Although the Bobcats would take on an additional $250k in the deal, over then next five seasons, they’d save arond $35 million in payroll (which is apparently a good thing for a franchise up for sale).

In the meantime, Charlotte could compete immediately in the Eastern Conference with a balanced, veteran squad and would be in position to go after whomever they wanted in Free Agency during the summer of 2011.
With Hamilton on the roster, Raja would be expendable so there would be a potential for the ‘Cats to package Vlad Radmanovic and Bell together in order to complete the long rumored Dalembert trade (another big expiring deal in 2011). 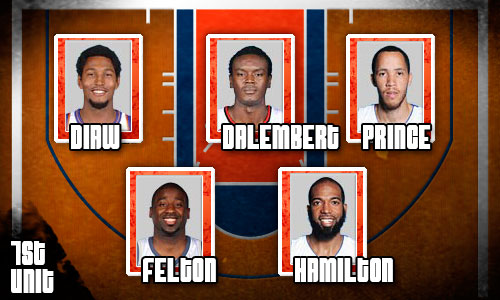 The first unit would feature five strong defenders and a dependable wing scorer (for once) in Hamilton. 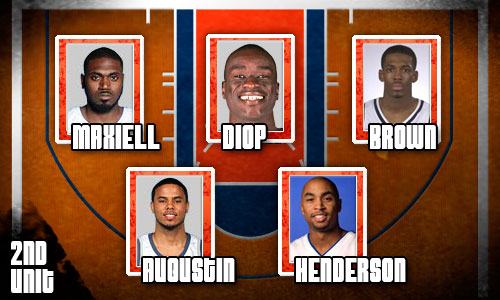 From Detroit’s perspective, they hit a homerun.

It all sounds great but I’m still kind of torn.  If the Bobcats had decent (or settled) ownership, maybe it would be a better idea to hold on to Emeka and Gerald and build for the future.  Unfortunately, that’s not the case and the organization finds itself needing to make the playoffs and grow the fanbase while not adding to the payroll.
If the above scenario unfolds, those things just might happen.