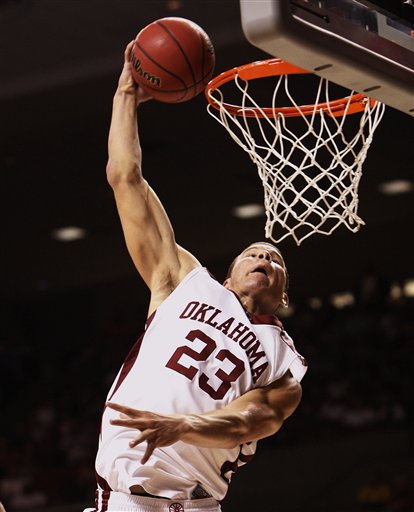 BASELINE READERS: Tell us what you’d do if the Bobcats won next Tuesday’s NBA Draft Lottery.

Would you automatically select Blake Griffin (who is not, I am told, a gene-spliced clone child of Rihanna and John Cena) or would you explore trading down for other players in the draft like James Harden or Ricky Rubio?  Or trade the pick altogether for an established star in the League?

Keep in mind that the odds are overwhelmingly against the Charlotte Bobcats – they don’t even have a 1% chance of winning.  More than likely the ‘Cats will be selecting 12th thanks to their relatively strong season.  Still, this is the mysterious draft lottery and stranger things have happened.  Longtime Charlotte NBA fans might remember the ’98-99 Hornets finishing 26-24 in a strike shortened season and then landing the #3 overall pick in order to select Baron Davis.