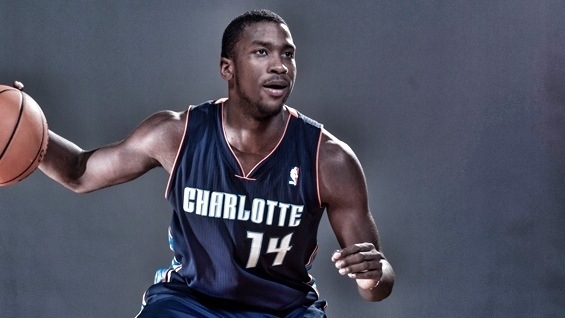 Editor’s Note: Instead of offering a run of the mill predictions column for this season, I thought I’d have a little fun by imagining what ESPN Insider John Hollinger might be writing about the Charlotte Bobcats next season.

If the league handed out awards for “Most Improved Horrendous Team”, last season’s Bobcats would have swept the vote. Sure, Mike Dunlap’s squad again finished dead last in the league, managing only 21 wins, but boy did they ever improve.
Charlotte walked away from their disastorous 7-win ’11-’12 campaign with a clear goal in mind: Develop their young talent while maintaining some semblance of respectability on the court. Dunlap was brought in to nurture the kitties whilst veterans Ramon Sessions, Brendan Haywood and Ben Gordon were added to provide the team with actual NBA players. The formula mostly worked, on several occasions presenting the Queen City with a sight it had nearly forgotten: competitive basketball. Thanks to GM Rich Cho’s methodical approach to rebuilding (the nonsense of the Larry Brown-era has officially ended), the organization may well be on their way to sustained relevancy.

In some ways Dunlap inherited the best coaching job in the league – trumping a .106 winning percentage isn’t as easy as it sounds – but for the first six weeks of the season, he certainly gave it his best shot.
The Bobcats were horrendous in November/December, barely improving upon their notorious -12 point differential from a year prior. Second Year PG Kemba Walker shot 34% from the field. Byron Mullens 40%. Leading scorer Gerald Henderson connected on just 42%. The good news was that number two overall pick Michael Kidd-Gilchrist made them all look good by somehow succeeding on only 29% of his attempts. Basically, for the first quarter of the season, Charlotte couldn’t find a basket with a GPS.
Fortunately, the horror show was short lived and the Cats found their groove by New Year. On the player development front, Mullens in particular made a leap. His 17.8 PER led the team and all but guaranteed a big payday over the summer. Running the pick ‘n pop with either Walker or Sessions, Mullens transformed into a partially-employeed man’s Dirk Nowitzki, extending his range out beyond the stripe (35%) while benefiting defensively from Dunlap’s revelation to play him at the four. Walker rebounded from his poor shooting to eventually manage a respectable 45% and made strides with his court vision (8.2 apg per 40). The team’s other 2011 Lottery pick, Bismack Biyombo, seemed to regress early but by early March was back to blowing up YouTube servers.
The big story, of course, was Kidd-Gilchrist. Playing at a position where most teams find their scoring, MKG couldn’t buy a bucket for a half a season. As the scouting report out of Kentucky confirmed, opponents laid off MKG, daring him to shoot. The strategy worked and Kidd-Gilchrist finished the season dead last amongst starters in long twos and three point percentages. Players who shoot this poorly almost never make it past Replacement Level PER but MKG finished the season at 16.2, an amazing number considering his broken shot. One need only to look to his per 40 minute numbers in rebounds (10.9), steals (2.5) and blocks (2.1) to get an idea of how he did it. Those pre-draft comps to Gerald Wallace weren’t far off, it’s just that Wallace produced numbers like these at 25. Kidd-Gilchrist did it 18. Synergy had him ranked near the top of the SF pile defensively, something the eye-test confirms (his lock-down defense against Lebron James in a mid-season matchup comes to mind). Combine this with an innate ability to get to the line (10th highest FT rate at his position) and MKG stayed in the conversation for Rookie of the Year until April.

The price was one atrocious season and one simply bad one but GM Rich Cho finally regained control of Charlotte’s payroll – one that had been managed like a drunken sailor under former Staff Sergeant Larry Brown. With his team still a year or two away from courting a major free agent, Cho wisely auctioned his cap space for draft choices and prospects.

Traded Haywood and to Oklahoma City for Kendrick Perkins and a draft pick: In a pre-draft trade echoing last year’s Gordon swap, Charlotte purchased another lottery pick (via Toronto, 12th overall) with surplus cap space. Taking on Perkins $18 million cap hit over the next two seasons is a terrible move for most teams but not so for the Bobcats, who aren’t a free agency destination and need to add dollars just to hit the salary floor. Perkins and Haywood put up near identical stats last season so Bobcats fans shouldn’t expect any upgrade due to the massive dollar difference. Still, Perkins remains an excellent post defender and will fit in nicely as mentor to yet another shot blocker from the Congo.

Let Gerald Henderson go, drafted Shabazz Mohammed, Dario Saric: Henderson’s fate was sealed the moment Charlotte finished third in the Noel/Zeller sweepstakes. Offensively, Mohammed was college basketball’s highest rated wing player (16.9 in the Draft Rater) and projects quite nicely at the next level. At 6’6″, 225 he should have the size to start and score big right away. Defensively, the Bobcats will probably take a step back at the position for the moment – Synergy rated Henderson in the top third of SGs – but long term, the ‘Bazz projects to be a star at the two. With the pick from the Perkins deal, Charlotte nabbed Saric, who will play out the final year of his Euro deal before being introduced to Bojangles chicken and biscuits. His translated numbers are a mixed bag but he’s only 19 and is solid shooter who can really see the floor. Those Toni Kukoc comps seem about right.

Let Gana Diop, Reggie Williams and Matt Caroll go: Diop, Williams and Carroll played a combined total of 673 minutes for the team last season yet accounted for a whopping $13.4 worth of payroll – here’s to you, Larry Brown. With the subsequent windfall, Cho made the final big move of the Cats offseason.

Signed Byron Mullens for four years, $34 million: Of all the good moves Cho has made during his brief tenure with the Bobcats, this one has biggest chance to tarnish his rep. First the positives: Mullens is only 24, has near elite shooting skills for a seven footer and, at 275 pounds, has the size and skills to develop a consistent low post game over time. The problem is that defensively he remains headache – for his own team. Against post-up players, Mullens still hasn’t figured out how to prevent giving up deep position; elite post guys like Zach Randolph absolutely feast on him. Mullens fares better against stretch fours – he moves his feet well enough to challenge shots and stick with rolls to the basket. But if an opponent goes small ball at the four, Mullens is basically unplayable. That said, Byron did improve his rebounding numbers tremendously last season and perhaps Cho is banking on the continued mentoring of Dunlap and Perkins. Still, $34 million is Ryan Anderson money and as of the moment, Mullens just isn’t in the same class.

Don’t look now but with potential stars Mohammed and MKG on the wings and solid prospects like Walker, Biyombo and Mullens backing them up, the Charlotte Bobcats have become a respectable basketball franchise with a very real possibility of becoming an elite one down the road. The Cats will have between 1-3 early first round picks in next years draft depending on how Detroit and Portland’s seasons shake out, and up to $22 million in cap space if they amnesty Tyrus Thomas.
As for this season, my projections have them as a lottery team yet again but not by much. Shabazz will immediately help alleviate the team’s scoring woes and defensively, few teams can match the quality of a Kidd-Gilchrist/Biyombo/Perkins frontcourt. I have them at 32 wins, which, considering the team’s recent history, might well feel like a championship run. Rejoice, people of Charlotte, ten years after the fact, your city is on the verge of hosting a real, honest-to-goodness NBA team.
Prediction: 32-50, tied for 3rd in Southeast, tied for 10th in Eastern Conference.